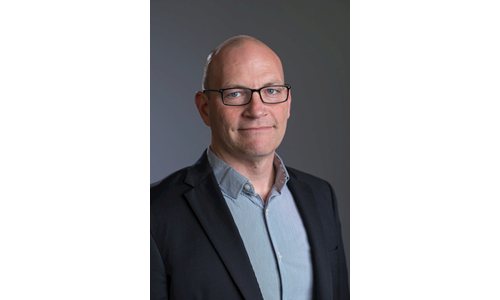 Dan Miller brings unique insight to USTRANSCOM’s transportation management system (TMS). With both a military and software background, Miller explains what’s unique about USTRANSCOM’s TMS and functionalities that can be added in upcoming releases.

Q: What is your role in the TMS prototype project?

A: My background was especially useful in bridging the military and technical divide. I know both points of view since I’ve been with SAP since 2004 and was previously with the Navy Reserve serving as an officer in plans, operations, and logistics.

For this project, I provided Telesto with in-depth information on the SAP Transportation Management System (TMS), and I created a solution architecture based on USTRANSCOM’s requirements. We worked with operations and IT personnel from the Department of Defense (DoD) to better understand specific goals, then demonstrated the SaaS by Telesto TMS powered by SAP.

Q: What makes the USTRANSCOM project unique compared to other projects you’ve worked on at SAP?

A: The size and scope of this project makes it one of the largest transportation projects. In terms of the number of users and the value of freight moved, this project will have the largest global impact on the logistics industry.

Another unusual aspect is the complexity of the DoD and the number of systems impacted by the TMS prototype. There is nothing greenfield about the environment. In many cases we’re integrating with existing environments that have been in place for 30 years. At the same time, operations can’t be shut down so we have to co-exist or integrate with legacy systems to ensure transportation movements continue.

Q: How does the SaaS by Telesto TMS powered by SAP help with DoD readiness?

A: Everyone can more quickly answer, “Where is my stuff and when will it arrive?” When I was in the Navy, I was always running behind because I had to ask multiple people to pull information from up to 75 systems for cargo movement updates. The SaaS by Telesto TMS powered by SAP tracks all stages and transportation modes of a movement in a single system which improves visibility for everyone who uses it. In terms of force projection, it provides commanders a real-time picture of the build-up of combat power. This was demonstrated recently during the project with a brigade move via commercial and military truck, ship, and air from Hawaii to Louisiana and back.

Another benefit is it reduces frustrated cargo. That’s an insider’s term for cargo that shows up at a site but no one knows where it goes, and it doesn’t have a label indicating the final destination. The TMS minimizes frustrated cargo because all movements are entered from origin to final destination, and it will save time for people who have to locate where the cargo belongs.

We also see the TMS improving operational efficiencies. The DoD can move more stuff and spend less money. For example, cargo being moved in a plane or ship may not fully utilize the space. The TMS optimizes resource and routes and consolidates cargo to fill unused space so that transportation resources run with fuller loads.

A: SAP NS2 is providing secure cloud services for the DoD. They were instrumental in setting up the development environment in an amazingly short time frame. They got everything up and running in 30 days, and I’ve never seen a system ready in such a short period of time after project initiation.

They also provide consulting staff with DoD experience who understand the integration points of the different systems.

Q: What other transportation and logistical capabilities would you like to see USTRANSCOM add to its TMS?

A: There is the potential to add customs management, operations of large container yards and ports, and financial tracking that complies with Federal funds management.

Q: What do you see as the three main successes of the TMS prototype?

A: The SaaS by Telesto TMS powered by SAP offers lots of improved functionality. I’d name the top three as first, improved visibility for cargo movements. Second, a single system to manage all modes of transportation across all regions, and third, the ability to deploy the new TMS rapidly through agile development.

Agile development cycles had a huge impact on this project. This was the first opportunity to show the military the advantages of delivering incremental functionality over multiple releases without the typical long blueprinting phase of a project following a waterfall project management methodology.

Q: The scope and reach of this project is incredibly large. How has SAP leveraged its global contacts within its customer base and partners?

A: We have worked across the DoD to bring leaders from the Army, Navy, Air Force, Marine Corps, and DoD agencies together to talk about their transportation needs. We also connected with defense partners and project teams from Canada, the Netherlands, and Australia via the SAP Defense Interest Group to talk about their experiences and provide insight on capabilities needed within their defense ministries and departments. Having this global collaboration has been instrumental in making the project successful.